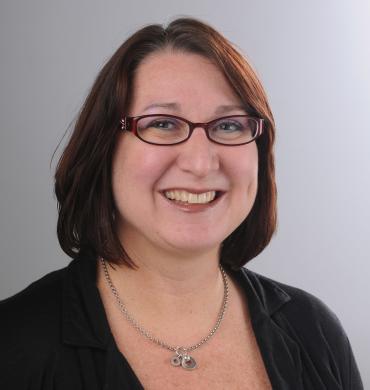 General Statement of Research, Scholarly, and Professional Expertise: Elizabeth Buchanan, Ph.D. is Endowed Chair in Ethics and Director of the Center for Applied Ethics at the University of Wisconsin-Stout.

During 2015-2017, she served as Director of Research Administration, where she is responsible for overseeing IRB, IACUC, research misconduct, and grants and contracts. Elizabeth’s research focuses on the intersection of research regulations and Internet research. She has written and presented widely for over fifteen years to many IRBs throughout the country, and research ethics boards internationally, including Ireland, India, Finland, Canada, and Serbia, among others. In addition, she’s presented to the Secretary's Advisory Committee to the Office for Human Research Protections on multiple occasions, and was a primary contributor to the SACHRP Recommendations on Internet Research. She has also been a keynote speaker for a number of Office for Human Research Protections Community Research Forums.

Elizabeth is active in Public Responsibility in Medicine and Research, serving on the faculty roster since 2008 and serving on the Conference Planning Committee since 2012. She was the Conference Co-Chair of PRIM&R’s SBER 2015 conference, and as of 2016, joined the Board of Directors. Also, Elizabeth has been a member of the American Association for the Advancement of Science Committee on Scientific Freedom and Responsibility since 2012. In addition to her work on Internet research, Elizabeth is currently PI on her fourth National Science Foundation grant. In her recent study, she is looking at the ethical implications of service-learning programs, and specifically, Engineers without Borders. Recent publications include a briefing on algorithmic harms in Data-Intensive Research in Education: Current Work and Next Steps; an article in Lecture Notes in Computer Science, entitled “The New Normal: Revisiting Internet Research Ethics,” an entry in the Stanford Encyclopedia of Philosophy entitled Internet Research Ethics, and a chapter on research ethics in the volume, Research, Evaluation and Audit (Facet Publishing). Elizabeth is the editor of one of the first anthologies of Internet research ethics (Readings in Virtual Research Ethics, 2004), and is the author and/or co-author to numerous papers on research ethics and methods. Elizabeth is also primary co-author of the Association of Internet Researchers Ethics Guidelines for Internet Research.

She holds BA degrees from Rutgers University, and her Master’s and PhD are from the University of Wisconsin-Milwaukee.